Pop culture is the contemporary material culture and traditions of a particular society. It actually means modern popular culture conveyed via mass media or the internet intended for the younger generation. According to the modern West, this culture is made up of cultural artifacts like television, radio, music, dance, literature, fashion, and art that is mostly consumed by the population today. They are the specific type of media with great appeal and accessibility to the masses. It’s a minor sort of creative expression but gives a major impact on society nowadays.

Pop culture has an extensive impact on society’s morality. Sadly, the pop culture encourages the decay of society through the introduction of immoral social habits and lifestyles. For instance, the kind of content posted on social media platforms, shown on televisions, shared on radios, featured in music and videos, or even the internet encourages the use of alcohol, bhang, as well as participation in casual hook-ups. Also, some ads shown on TVs, social media, and other platforms connote the wrong idea to the youth that it is tolerable to be naughty.

The sort of content people are fed with every day promotes indecency. For instance, the women in gangster music, the ones in TV shows and ads, and even the celebrities dress indecently which may bring a wrong impression to the younger generation. Youths and adults look up to these people for their lifestyle decisions; thus, it is important that they do so accordingly. 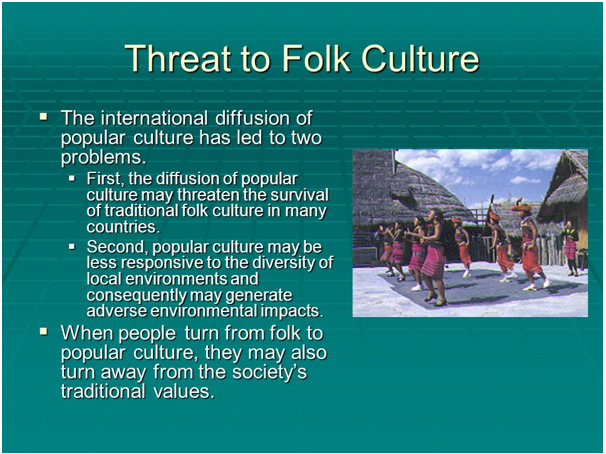 So many youths die every day due to the wrong choices they made after watching the videos and music premiered on YouTube, social media platforms, or on televisions. Teenagers are mostly controlled by their emotions and desire to get noticed. By watching gangster music and sexually-oriented movies, they get attracted to the kind of lifestyles their favorite icons live. At the end of the day, increased crime, indecency, and laziness are rampant nowadays. For instance, when a youth watches a music video or movie that patronizes getting rich at the tender age from selling drugs and engaging in crime, they perceive it as a safe way to get rich without going through the complex process of working hard in school, securing themselves a legal job, or starting a complicated legitimate business.

It Enables People to Discover Themselves

Despite the many negatives of pop culture, it offers many benefits as well. For instance, when youths watch videos or music on YouTube or Television that teaches on the issue of morality or decent dressing, they also end up discovering the need to dress appropriately and live a morally, upright life. Likewise, when the younger generation sees how successful people came about, they end up realizing how hard work and determination pay off to one’s success.

Teaches the Need to Socialism

Relationship specialists host events, forums, and blogs that people can use in their everyday interactions with society. Through the content shared on different platforms, people get to realize the importance to live together as a family. One classic example of how pop culture can educate people regarding socialism is through blogs and videos that show how ordinary people give out their helping hands to those in need, even if they too need some saving.

Pop culture has both benefits and disadvantages to society. Although it has its own shares of drawbacks, it still depends on how you make these drawbacks into something positive and a learning experience. After all, how we see the world depends on how we take in information and apply it in our daily life.

The Questions You Should Never Ask on A First Date

How to Make Sure Your Life Stays Organized as You Get...

How to Travel Europe on a Budget